Developing healthy, affordable foods for those on a low income (CHANCE)

In 2012, a quarter of the European Union’s population was at risk of poverty or social exclusion, which is detrimental towards good nutritional health. CHANCE was a three-and-a-half year EU-funded project which aimed to identify the barriers towards healthy eating in consumers around Europe and to develop healthy, low cost food prototypes.

In the first podcast Professor Francesco Capozzi, the coordinator of CHANCE from the University of Bologna, Italy, talks about the findings which have emerged from the project, the impact of the project for industry, consumers, public sector and the importance of determining the nutritional status of a population.

Professor Marco Dalla Rosa, from the University of Bologna, Italy, then goes on to discuss the work in the project in developing a European Committee for Standardization or CEN workshop agreement, which is a key document emerging from CHANCE. The CEN workshop agreement contains the technical details about the CHANCE foods which have been developed, enabling companies outside the consortium to access this information.

Finally, Dr Anamarija Mandić, who is based at the Institute for Food Technology at Novi Sad in Serbia, discusses her work in developing CHANCE food prototypes. She mentions the importance of sustainability, which has been taken into consideration with the use of low cost, recyclable material for packaging.

Francesco Capozzi works as an associate professor of Chemistry at the Agro-Food Science and Technology Department at the University of Bologna, Italy. He coordinates the CHANCE project alongside Professor Alessandra Bordoni, from the same institution. His research activities focus on defining food quality using molecular descriptors for metabolomic studies. He is the co-founder of the International Conference FoodOmics and a member of the steering committee of the International Conference on Magnetic Resonance in Food. 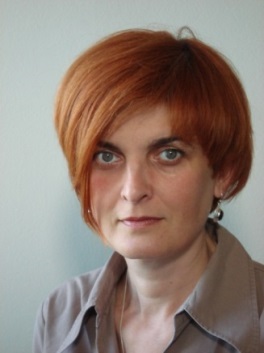 Anamarija Mandić works as a principal research fellow at the University of Novi Sad, Institute of Food Technology in Novi Sad (FINS), Serbia, where she also received her PhD in Food Technology. Currently, her research focuses on the creation and characterisation of added value food and functional food products.
She is a leader of the research unit 'Food Quality, Functionality and Safety' and sits on the advisory board at FINS. She coordinates a national project called 'Cereal based functional food for people with metabolic disorders'.