In June 2014, the 11th ISSFAL Biennial Congress took place in Stockholm, Sweden. This meeting provided a unique occasion for the exchange of scientific results in the lipid science field. It facilitated the interactions between a wide range of audiences from clinicians, scientists, health professionals, to opinion leaders and advocacy groups. This year, the programme attracted over 600 participants and covered three major topics: Biochemistry and Metabolism of Fatty Acids, Lipids in Health and Disease, and Lipids in Nutrition. During the congress, EUFIC interviewed 7 renowned speakers who summarised their research on lipids and fatty acids. 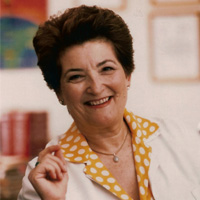 Artemis P. Simopoulos, M.D. is the Founder and President of the Center for Genetics, Nutrition and Health, a nonprofit educational organization in Washington, D.C. since 1990. Dr. Simopoulos was a Founding Member of the International Society for the Study of Fatty Acids and Lipids (ISSFAL) in 1991, Secretary/Treasurer of ISSFAL from 1991 to 1998, and a member of the Editorial Board of the ISSFAL Newsletter from 1994 to 2000. She is the Founder of the International Society of Nutrigenetics/ Nutrigenomics (ISNN), was Past President from 2005-2009 and Founder and Chair of the World Council on Genetics, Nutrition, and Fitness for Health (WCGNFH) since 2005. A graduate of Barnard College, Columbia University, with a major in Chemistry, and a graduate of the Boston University School of Medicine, she is a physician and endocrinologist whose research at the National Institutes of Health (NIH) was on the nutritional aspects of genetic and endocrine disorders; evolutionary aspects of diet and fatty acids; and the importance of a balanced ratio of omega-6/omega-3 fatty acids in health and disease and in growth and development. She is the author of The Omega Diet (HarperCollins, 1999) and has edited numerous books and journal supplements in addition to publishing over 360 scientific papers. She was the editor of the Karger series World Review of Nutrition and Dietetics from 1989-2011. 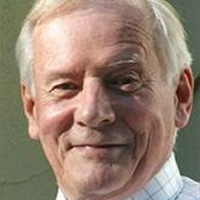 Professor Crawford is the Director of the Institute of Brain Chemistry and Human Nutrition at the Chelsea and Westminster Hospital Campus of Imperial College, London. His special interest is in the role that lipids and essential fatty acids play interacting with the cellular signalling systems. He has published over 300 peer reviewed papers and 3 books. Amongst his several honours and prizes, he was elected by his peers to the Hall of Fame at the Royal Society of Medicine in 2010. In March 2015 Professor Crawford received the prestigious Chevreul Medal in Paris, for his work on lipids, neurodevelopment and the function of docosahexaenoic acid. He collaborates in research internationally and is much in demand as a lecturer worldwide. From 1960-65 Professor Crawford was at the Makerere Medical School in Kampala, Uganda, where he studied the nutritional factors linked to endomyocardial fibrosis. In 1963 he was one of the founders of the Medical College at Muhimbili Hospital in Dar-es-Salaam. He retained his research group at Makerere until 1972. At the Nuffield Institute of Comparative Medicine (1965-89), Professor Crawford engaged in lipid nutrition and showed that deprivation of the essential fatty acids resulted in loss of brain cell number in the third generation. In 1972, Crawford and Sinclair published the first description of the dependence of the brain on arachidonic and docosahexaenoic acids, and drew attention to the evolutionary implications. Crawford demonstrated clear evidence of maternal nutrition being a causative factor in low birthweight and complications or prematurity. 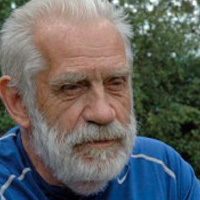 Professor Midtvedt is a physician specialised in medical microbiology and microbial ecology. He defended his PhD thesis on bile acids at the Karolinska Institutet, Sweden, in 1968, and has worked on functional aspects of the gastrointestinal microbiome ever since. For two decades, he worked at the National Hospital Norway. In 1983 he became a professor at MTC, Karolinska Institutet, and is still there. Dr Midtvedt has more than 350 papers in PubMed, has supervised several PhD students, acted as an opponent in 6 countries, is a member of several scientific societies and is an Editor-in Chief of Microbial Ecology in Health and Disease. 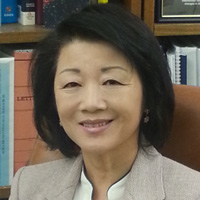 Hee-Yong Kim is the Chief of the Laboratory of Molecular Signaling at the Intramural Research Program of National Institute of Alcohol Abuse and Alcoholism. She graduated from Seoul National University in South Korea and received her Ph.D. in Chemistry from University of Houston with specialization in Mass Spectrometry. She served as a Senior Investigator and Section Chief at NIAAA IRP from 1992-2005 and became a Laboratory Chief in 2006. Her laboratory discovered fundamental mechanisms underlying neurodevelopment promoted by omega-3 fatty acids. Her laboratory's multidisciplinary team developed mass spectrometry-based novel approaches for lipidomics, metabolomics and quantitative proteomics and protein conformation studies. Her current investigation has been extended to the translation of these molecular mechanisms to in vivo neuroprotective and therapeutic potential using rodent traumatic brain injury models. 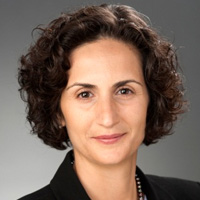 Maria Makrides is the Theme Leader for Healthy Mothers, Babies and Children at the South Australian Health and Medical Research Institute (SAHMRI); she is also Director of Research for The University of Adelaide’s Women’s & Children’s Health Research Institute (WCHRI) based at the Women’s and Children’s Hospital. As a research dietitian, Maria is committed to improving the nutrition and health of mothers and their babies through the conduct and translation of high quality research. She has over 200 peer reviewed publications including in the prestigious journals The Lancet, The Journal of the American Medical Association and the British Medical Journal. Maria’s group has conducted some of the key intervention trials involving omega-3 supplements in perinatal nutrition, and has recently been recognised with a National Health Medical Research Council (NHMRC) Centre for Research Excellence in Foods for Future Australians. 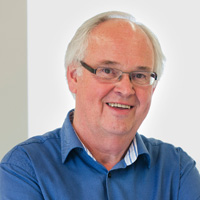 Daan Kromhout is Academy professor of the Royal Netherlands Academy of Science, professor of Public Health Research at the Division of Human Nutrition, Wageningen University and vice-president of the Health Council of the Netherlands. He is principal investigator of several prospective epidemiologic studies such as the Zutphen Study, the Seven Countries Study, the HALE project and the Alpha Omega Trial. His research is concentrated on the role of diet especially fatty acids, polyphenols and food patterns in the occurrence of cardiovascular diseases. Professor Kromhout is (co-) author of more than 400 peer-reviewed articles, 200 other publications and two books about the Seven Countries Study. 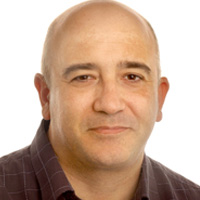 Professor Vidal-Puig obtained his medical degree from Valencia Medical School before training in clinical endocrinology at Granada Medical School (Spain), where he obtained his PhD. He then carried out post-doctoral training at Harvard University, After appointed Instructor in Medicine at Harvard, Dr Vidal-Puig further broadened his scientific horizons with experience in in Prof Brad Lowell’s group. In 2000 he moved to the University of Cambridge to establish his own laboratory. Professor Vidal-Puig is currently the Professor of Molecular Nutrition and Metabolism at Cambridge University and Honorary Consultant in Metabolic Medicine at Addenbrooke’s Hospital, Cambridge. He is Deputy Director of the Wellcome Trust-MRC Institute of Metabolic Science, Director of the Cambridge Phenomics Centre.