Podcast: Studying the need for food and health research infrastructures in Europe (EuroDISH)

EuroDISH is a three year European Commission-funded project that aims to strengthen research and improve knowledge for public health nutrition strategies across Europe. We spoke to the coordination team of the EuroDISH project. In this podcast, research infrastructures and the objectives of the EuroDISH project are explained. We also hear what the D-I-S-H acronym in the project title stands for. The coordinators share some of the preliminary findings, as well as the upcoming plans.

Krijn J. Poppe is a business economist working in research management at the Agricultural Economics Research Institute (LEI) of Wageningen University and Research Centre, located in The Hague, the Netherlands. He is involved in the management of several large, multidisciplinary research projects for the EU, including EuroDISH. He co-chairs the collaborative working group AKIS (Agricultural Knowledge and Innovation Systems) of the EU’s Standing Committee on Agricultural Research (SCAR). Current research interests focus on agricultural policy issues, monitoring, competitiveness of the European food sector, the agricultural knowledge and innovation system, cooperatives and ICT.

From 2009 – 2011 he worked part-time as Chief Science Officer at the Dutch Ministry of Economic Affairs, Agriculture and Innovation. Krijn J. Poppe was for 12 years (1999-2011) Secretary-General of the European Association of Agricultural Economists. He is Honorary Secretary-Treasurer of the EAAEP Foundation (that publishes the European Review of Agricultural Economics), chairs the Steering Group of the journal EuroChoices, and chairs the foundation eRNAC on research concerning cooperatives. He co-owns a small arable family farm. 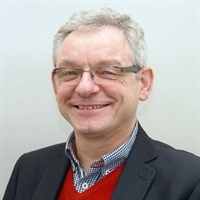 Prof. Pieter van ’t Veer chairs the Nutrition and Epidemiology group, Division of Human Nutrition, Wageningen University. His drive is to strengthen evidence-based food and nutrition policy at the national and European level. To this end, he has published on meta-analyses (WCRF global report), validation of pan-European nutrition surveillance (EFCOVAL), and alignment of micronutrient recommendations (EURRECA). His current work addresses infrastructures for food and health research in Europe (EuroDISH) and establishing a distance-learning curriculum in Nutritional and Public Health Epidemiology. He is member of the Health Council of the Netherlands and chairs the national advisory board on nutrition surveillance.

Karin Zimmermann, is senior project manager and scientist at LEI Wageningen UR and has broad expertise in market strategy and consumer-driven supply chains and product development for the food industry. She studied Farm Economics at the Applied University of Delft in the Netherlands. She has worked in many national projects with the food industry to develop added value strategies for new food innovations. Based on those experiences, she was invited to become pillar coordinator of the “Consumer Driven and Responsive Supply Chain” as well as a member of the Vasco da Gama process in the FP6 project ISAFRUIT. Karin then became coordinator of the FP7 project Connect4Action which aims to improve the dialogue between food technologists, consumer scientists and consumers. She contributes to many EU projects concerning new food technology and food innovation. At national level, she is the coordinator of Market Intelligence, a leading project for the fruit and vegetable sector. She is an experienced international project manager in several FP6 and FP7 European projects, including EuroDISH.