Stevia is a natural low-calorie sweetener used to reduce or replace the sugar in foods and drinks. It is produced from the Stevia rebaudiana Bertoni plant native to South America and is currently grown in many parts of the world. Stevia gets its sweetness from a class of sweet-tasting compounds known as steviol glycosides. These compounds are classified as high-intensity sweeteners as they are up to 400 times sweeter than sugar and are used in very low concentrations. This infographic outlines how stevia goes from a humble leaf to the natural sweetener used in foods and drinks around the world. 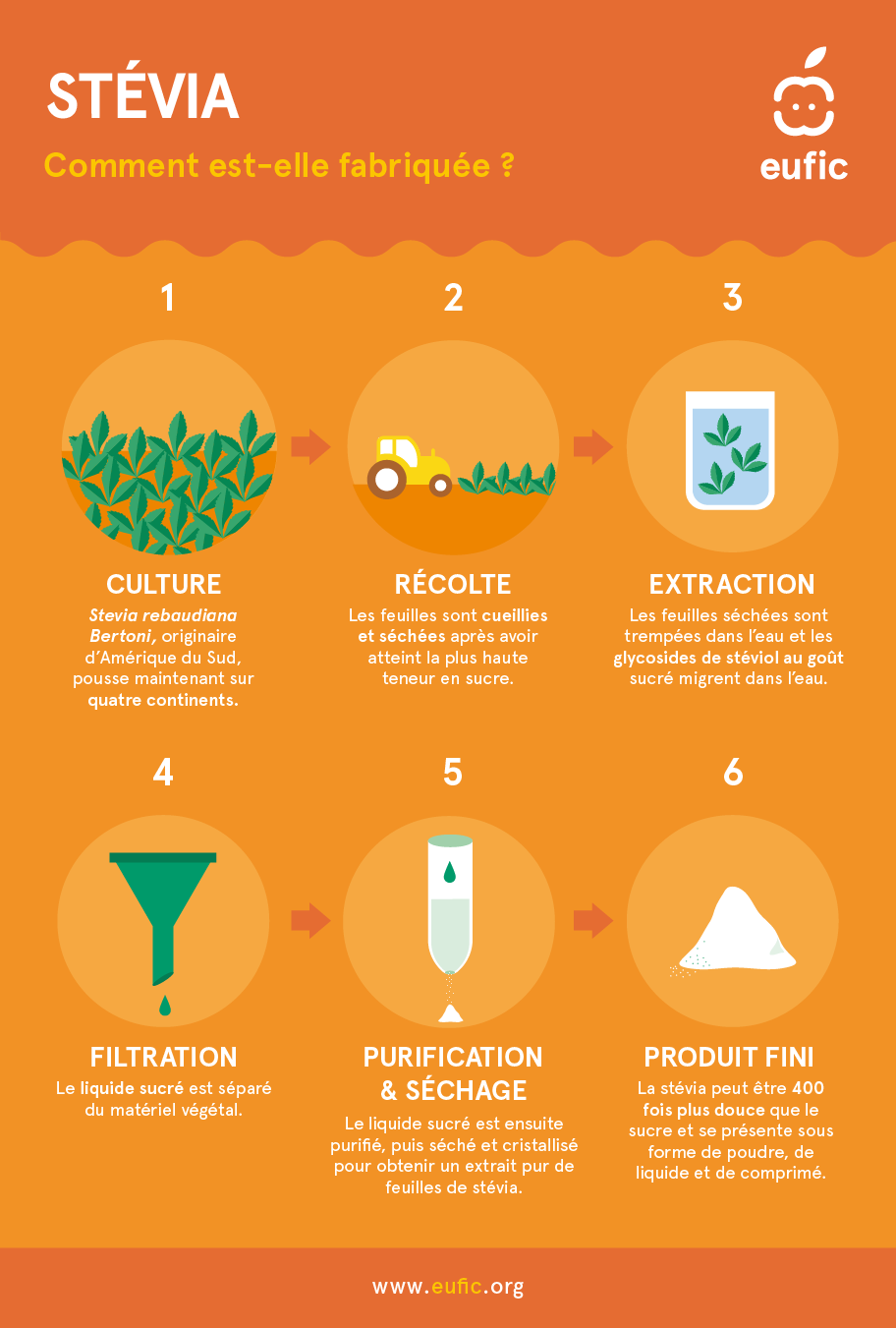