CIRCLES kick-starts: from research on microbes to healthy diets

Microbes offer an untapped potential and could be the key to a better and healthier living. Yet, research and innovation developments on microbiomes remain scarce. To challenge the state of play, the European Union has made the development of innovative applications on microbiomes a priority. In 2018, the EU is providing four consortia more than €40 million to develop new applications which could enhance the sustainability of our food systems and our health. CIRCLES is one these four projects…

Plants, animals and humans live in symbiosis with hundreds of billions of microbes. In our human body, microbes outnumber our cells by 1.3 times and can be found in every corner, especially in the gut. This population of micro-organisms comprising bacteria, viruses, fungi, single-cell organisms and microbes living in and around living things is called the microbiota. The genetic material present in all these micro-organisms forms the microbiome. In other words, microbiomes are used to deduce the composition of the microbiota. Enhancing our understanding of microbiomes and developing new food and feed applications stemming from microbiomes research could be instrumental to reaching sustainable food systems and improving our health.

On 4-5 December 2018, more than 90 delegates from 30 organisations, coming from fourteen European countries, gathered in Bologna, Italy, for the kick-off meeting of CIRCLES.

At this occasion, project partners met with a view to discussing the project objectives and planning its implementation in seven food farming sectors (tomatoes, spinach, poultry, swine, marine fishes, Atlantic salmon, sea breams). The event offered partners the occasion to grasp the ambitions of the European Union on microbiomes research while discussing key aspects of the activities in the seven food sectors such as the development of standardized protocols and sampling procedures.

The project is expected to last until 2023 and receives the strong commitment of its consortium, and a supporting Coordination and Support Action project, MicrobiomeSupport.

Future updates will be shared on the project website as of March 2019 on circlesproject.eu. In the meantime, stay tuned via the twitter hashtag #CIRCLESEU. 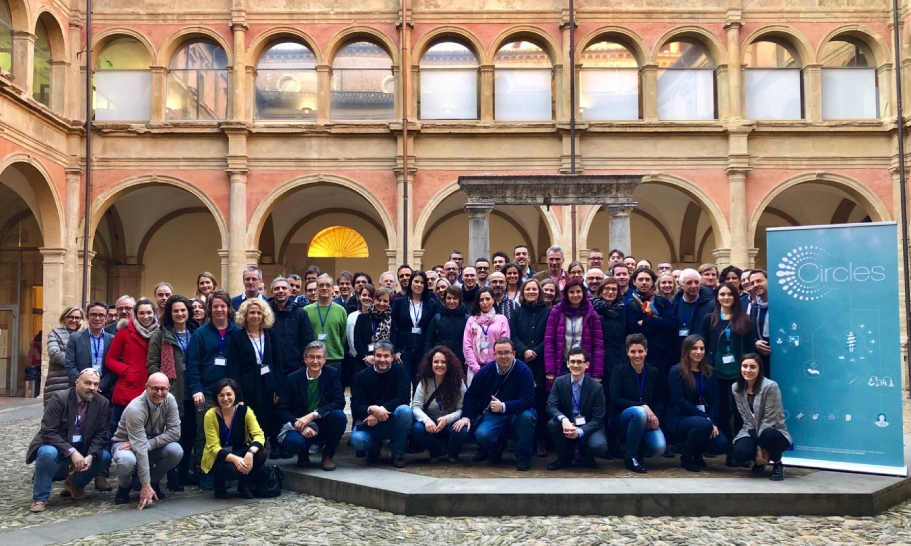 Be the first to know about our latest material