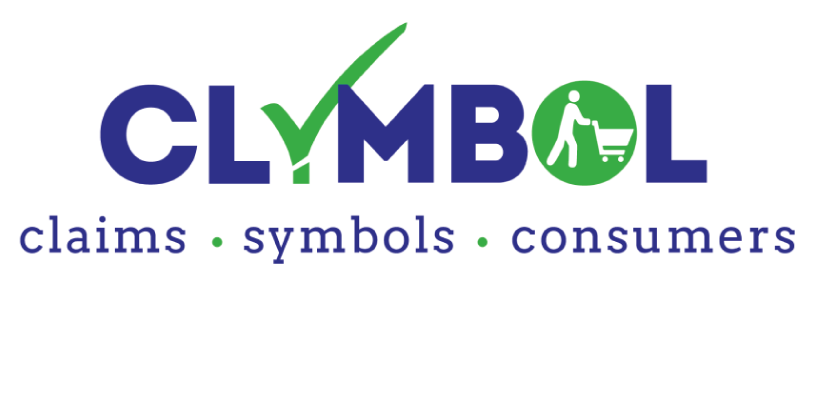 Eye-tracking in a nutshell 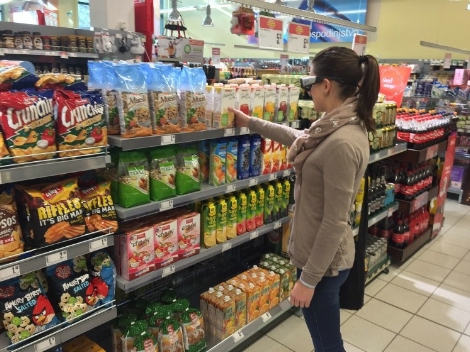 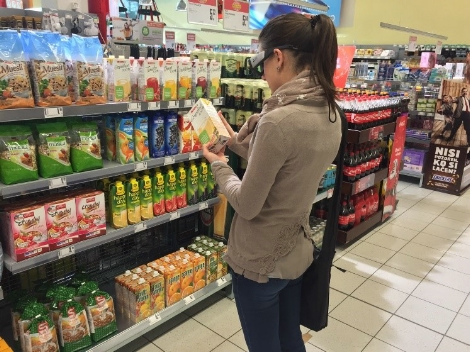 Eye-tracking is a technology which measures eye position and movement. Respondents wear special glasses that are adjusted to their head and their movements, to record where they look, for how long, and how their gaze wanders. If for example, a person looks at a poster, eye-tracking can tell that the person first looked at the red headline and then at the face of the person in the picture. With the help of other methods like a questionnaire, for example, researchers aim to explain why people look at things in a certain way or order.

The advantage is that via eye-tracking glasses, the study can be done outside a laboratory, because the glasses offer high mobility. However, there are a few difficulties that need to be kept in mind when using eye-trackers. For example, when people wear normal glasses or when they have heavy make-up. Eye-tracking studies generate a large amount of data which need to be processed carefully, by experts in this method. This can be very time consuming and resource intense.

It can also only tell you whether a person looked at something, not what they were thinking at that time or why they then ended up choosing one product over another. That is why additional research methods are often combined with eye-tracking. Nevertheless, this is a great method to study consumer behaviour because we are often not aware of where we look and for how long which means we would not be able to give the correct response if we were only asked via a questionnaire.

Eye-tracking in an experimental supermarket

In CLYMBOL, we used eye-tracking in an experimental supermarket to study how people looked at heath claims in a shopping situation. It is important for research to try to simulate a real-life situation in order to test the theoretical hypotheses.

Actual behaviour may be different to what people respond when they are being asked theoretical questions (e.g., “what do you look for on food packages?”), for example because they may not be aware of what they really look at and for how long.

To analyse how people behave during shopping, it is important to study how they behave in a realistic situation, i.e. in a supermarket.
However, it is often not possible to conduct a study in a normal supermarket. Supermarkets might not give permission to not bother costumers or the supermarket might be too crowded. An experimental supermarket looks like a normal supermarket and researchers are able to control what study participants are exposed to. Ideally, regular food products are used in the experiment which researchers can then manipulate, e.g. by changing the package design.

How we pay attention to health claims

To further investigate how images attract attention to health claims, CLYMBOL researchers from Corvinus University of Budapest carried out an eye-tracking study to measure what people are looking at and for how long.

Researchers also tested the influence of having a health goal, so all participants were told they should imagine going grocery shopping for the elderly.

They also tended to first look at the claim than the image. These findings are quite surprising as researchers expected the opposite results.
Researchers showed some Hungarian participants other images on the food packages than others. Some only saw packages without any image, some saw packages with an image related to taste or overall health and others saw food with a claim-specific image.

Participants were asked to examine products in four categories (cereals, yoghurt, fish products and beverages) in a virtual supermarket and choose the one they would buy. 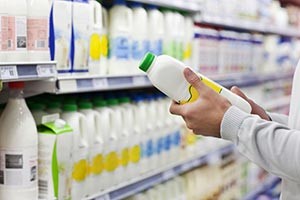 The influence of familiarity of a health claim

In a typical shopping situation, we know that it is important that the wording of health claims should be easy and understandable.

Results of a CLYMBOL study showed that people believed more in the healthiness of the product when the claim was familiar, i.e. when they saw ‘Vitamin C’ and the function ‘tautness of the skin’, rather than more abstract terms.

This increased belief also led to a higher purchase intention. However, it also seems important that these claims contain a certain amount of new information as researchers from the University of Saarland discovered. If the claim is too familiar (‘with Vitamin C - for a normal function of the immune system’), people’s attention to the claim decreases and they are less likely to choose the product. As such, adding new information to the claim could increase people’s attention again and prevent the ‘wear-out’ effect.

When researchers from the University of Saarland ‘primed’ study participants (meaning influenced), by seeing a display of a healthy breakfast promotion at the beginning of their experimental shopping, participants paid more attention towards the health claims on food packages.

These results were found by exposing study participants to different versions of a health claim in an experimental supermarket in Germany and data was obtained using eye-tracking glasses and questionnaires. The name of the nutrient in the claim was varied (‘Vitamin C’ vs. ‘ascorbic acid’) as well as the function (‘tautness of the skin’ vs. ‘collagen formation of the dermis’).