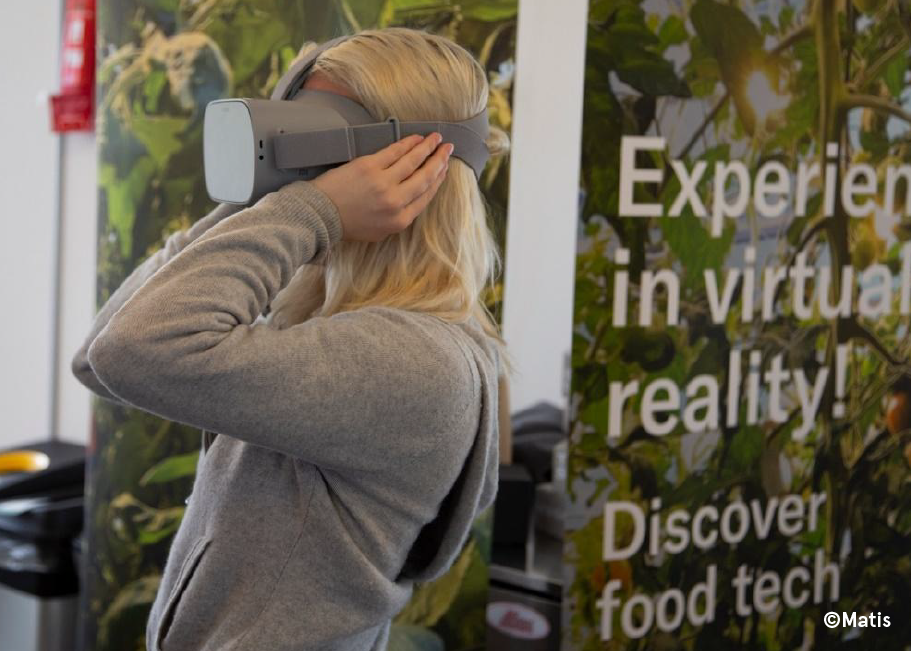 “I can see science in real action!” says a Cambridge university student, “You can do extraordinary things with already existing technology.” adds another. The students are not describing the last action videogame that was released on the market, but reacting to the experience of the new Virtual Reality video series on the latest food technologies, launched in June on FoodUnfolded.com.

The video series shows how technology in Europe is integrated in people’s daily life and in the food industry, how technology helps to solve problems and how it is transforming the way food is produced along the chain.

The first video of the series take viewers to Iceland where farmers are growing tomatoes in greenhouses powered by geothermal energy (available here). The second video, has just been released and shows how 3D printing technologies (Foodini) help reduce fish food waste (available here).
The third, out in September will take the users through the ins and outs of vertical farming (Plantcube). The fourth video will be published for the end on the year and will tackle the problem of food waste, Beyond Bread, and utilization of FlatEv (FlatEv).

The Virtual Reality experiences do not only allow the spectator to have a 360-degree view, they also give the feeling of being physically part of the story. Finding yourself surrounded by tomatoes or in a boat in Iceland fishing cod is an opportunity to discover the origin of food.

“What we are trying to do is to explore the potential of virtual reality to connect people with food tech more effectively”, said Dr. Holly T. Kristinsson, Consultant for Innovation and Market Analysis at Matis, and Coordinator of the Future Kitchen project. “With consumer trust in the food system at an all time low, we need to step up, reconnect with people and inspire them.”

Funded by EIT Food, Europe’s leading food innovation initiative, the project responds to the need to (re)connect people with food.

Also, technology in the context of food tends to have a negative connotation among the public, a barrier to the breakthrough of technologies that are key to achieving a more sustainable food system.

Creative infotaining can help overcome these challenges, by transferring new knowledge while entertaining the viewer through the immersion in a new environment and story.

Providing people with relevant knowledge means giving them new tools to take meaningful decisions about food and nutrition. From a food industry perspective, this initiative could work as a pilot project to explore how new technologies can engage consumers and encourage food career interest.

The series will expand in scope, involving significantly more technologies. Not only will we be highlighting future kitchen devices and food origins, but robotics, metabolomics, personalized nutrition, macro and microalgae processing, and novel food processing including how alternative proteins and foods are made.

EIT Food is Europe’s leading food innovation initiative, with the aim of creating a sustainable and future-proof food sector. The initiative is made up of a consortium of key industry players, startups, research centers and universities from across Europe. It is one of six Knowledge and Innovation Communities (KIC) established by the European Institute for Innovation & Technology (EIT), an independent EU body set up in 2008 to promote innovation and entrepreneurship across Europe.