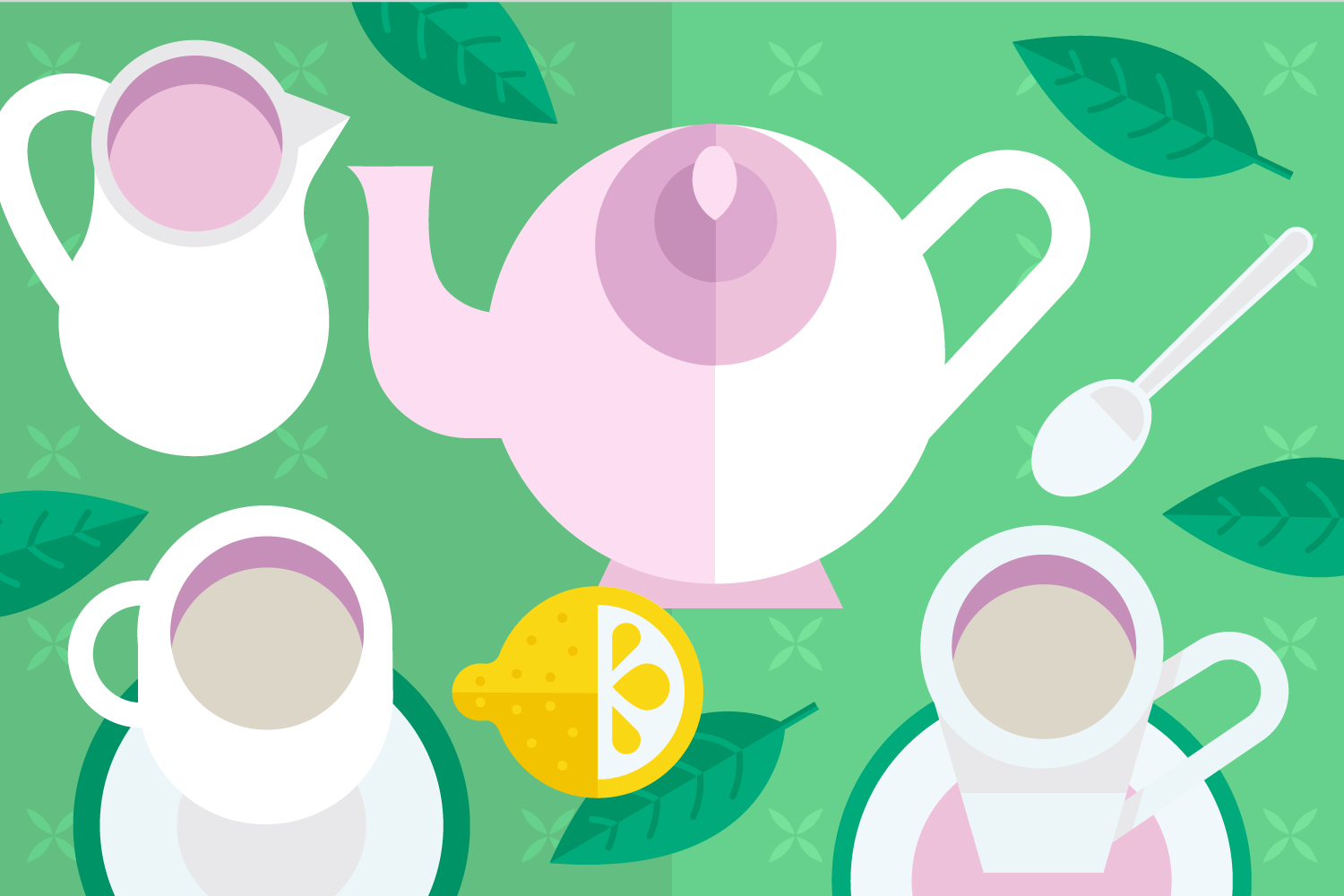 History and types of tea

Tea is a beverage, which has been consumed for centuries. It is the most-widely consumed drink in the world, after water.1 Figure 1 shows tea consumption per capita in some European countries. 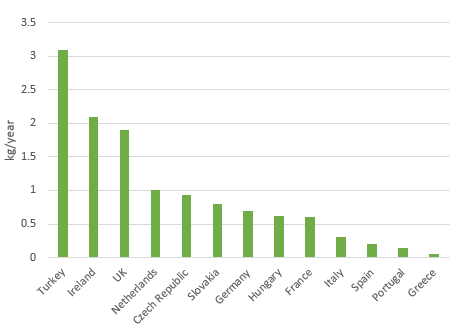 Tea is produced by adding hot water to the leaves from the tea plant, Camellia sinensis. This process is called infusion. Herbal or fruit teas, despite their name, are not strictly teas as they come from other plant species (for example, lime tree or chamomile). Different processing methods are used to produce the hundreds of varieties of tea:

Black and green (and oolong) teas contain different types of polyphenols, but the total polyphenol content is similar.5

Tea can be drunk as a simple infusion, or may have added milk or lemon, or sugar. However, more research is needed to understand to what degree and through which mechanisms this affects the bioavailability of the different polyphenols.

Is tea good for health?

There is much more research published on green tea than black (and other) teas. A recent exhaustive review looking into associations between food and beverage groups and diet-related chronic diseases, reported that tea was the most protective of all of the commonly consumed beverages; people reporting the highest intake of tea was associated with significantly reduced risk of type 2 diabetes (by 16%), cardiovascular disease (by 28%) and cancers (by 34%), although other studies have not shown clear relationships between tea and cancers.6 Another large study reported each additional daily cup of tea resulted in an associated 9% lower all-cause mortality.7 Many of the proposed benefits have been attributed to the presence of specific polyphenols called flavonoids having a beneficial effect on blood vessels, due to their antioxidant and anti-inflammatory properties, but caffeine and fluoride have also been suggested as important.3,5

Major studies on tea and cardiovascular disease have reported that black and green tea consumption was associated with significantly lower levels in LDL-cholesterol, blood pressure and risk of stroke.8

Regarding weight management, two recent trials reported that increased black tea consumption produced a small but significant reduction in weight, when people followed their normal diet.9,10 A previous review of 18 studies did not find a significant effect of drinking green tea on weight.11 Thus, the relationship between weight management and tea consumption remains open to debate.

Tea flavonoids may be protective against dental caries, with suggested mechanisms including antiviral and antimicrobial effects.8 Furthermore, tea provides fluoride, which promotes dental health as it improves resistance to decay.12 Nevertheless, good general dental care is the most important for proper dental health.

Caffeine in tea and how much to drink

The brewing time largely dictates the amount of caffeine in tea, and it can vary from 1 to 90 mg per 100 ml.8 While herbal or fruit ‘teas’ do not normally contain caffeine. Studies have shown that a moderate intake of caffeine can be beneficial in physical endurance and alertness; on the other hand, excessive caffeine can affect sleep.13,14 Another known effect of caffeine is its ability to act as a mild diuretic (causing the body to lose water), but studies show that this is only of concern with very high doses of caffeine. For example, drinking 6-8 cups of tea does not adversely affect hydration.15

A recent EFSA report16 concluded that healthy adults may safely consume single doses of caffeine up to 200 mg; the main guidelines are shown in Table 1, suggesting up to 8 cups of tea per day is safe for non-pregnant adults. Children over 24 months may safely drink 1-2 cups of unsweetened tea. Despite concerns over the impact of tea polyphenols on bioavailability of iron, reports have concluded that consumption of tea has little effect on iron status in adults or children.17 The British Dietetic Association recognises that tea helps towards fluid intake, and in some countries, such as Germany, tea is explicitly recommended for hydration.18

Tea is a beverage, which is enjoyed across Europe and up to eight cups of tea per day can be enjoyed within current caffeine guidelines for non-pregnant adults. Tea has unique health properties not found in other beverages owing to its high flavonoid content and is an excellent source of hydration.