Vitamin B6: foods, functions, how much do you need & more

This B-vitamin is involved in more than 100 chemical reactions in our bodies and it’s particularly important for the healthy development of our brain during our early years.

What is vitamin B6?

Vitamin B6 is the generic name used for a group of water-soluble compounds that belong to the family of B-vitamins. We can find vitamin B6 in a variety of foods.

What are the functions of vitamin B6?

Vitamin B6 is involved in more than 100 chemical reactions in our cells. Our bodies use vitamin B6 to convert nutrients into energy, to create our red blood cells, to form our genetic material (DNA and RNA) and to break down an excess of homocysteine, an amino acid that can put us at higher risk of cardiovascular disease, when present in high amounts.

This vitamin is also important to keep the healthy function of our brain and nervous system and supports the normal development of our brain during pregnancy and infancy. 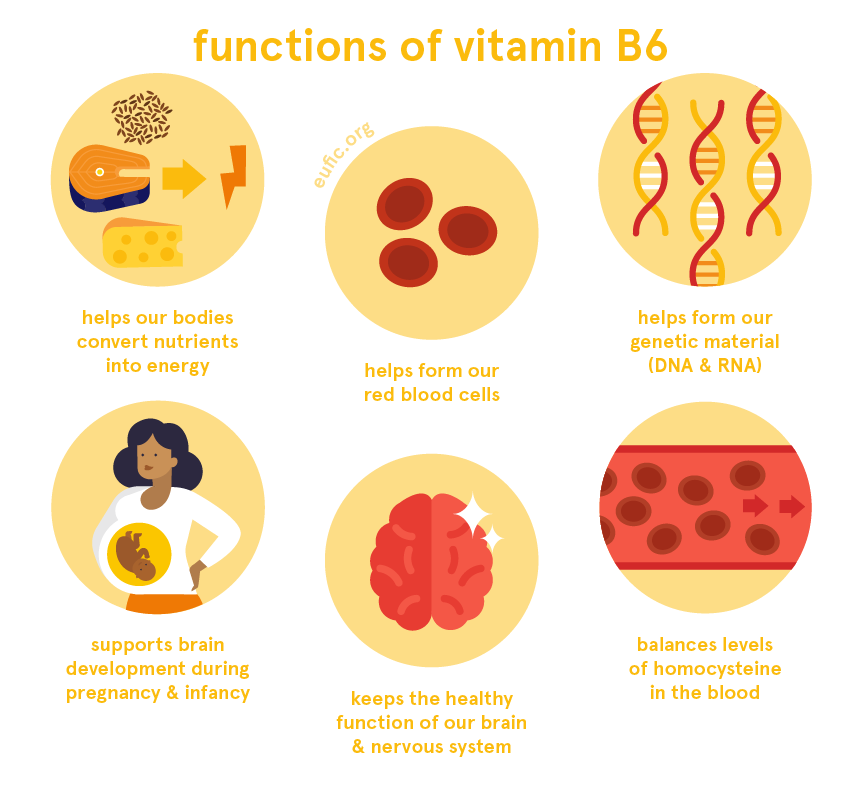 How much vitamin B6 do I need per day?

How much vitamin B6 you need per day changes according to your age, sex and life-stage.

The dietary reference value (DRV) for healthy adults (over the age of 18), including during pregnancy and lactation, is between for 1.6-1.8 mg of vitamin B6 per day.

Following your country's dietary guidelines on a healthy and balanced diet will help you meet your needs for vitamin B6. 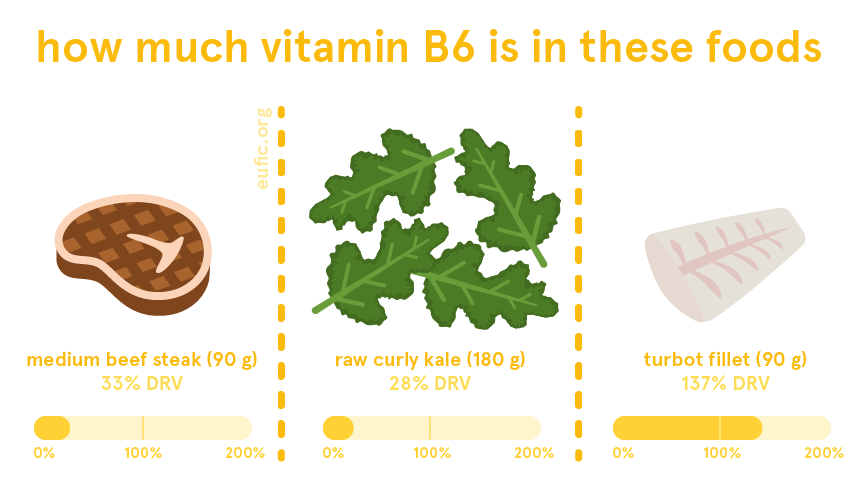 * These values are based on the population reference intakes (PRI) estimates from the European Food Safety Authority (EFSA). They should not be interpreted as nutrient goals. To know more about DRVs in Europe click here.

What foods contain vitamin B6?

We can find vitamin B6 in a variety of foods but some of its richest sources include:

Vitamin B6 can also be found in smaller amounts in green vegetables.

Some herbs and spices (such as garlic, curry and ginger) are also rich in vitamin B6: however, they don’t really increase our intake of this vitamin because we only eat them in very small amounts. 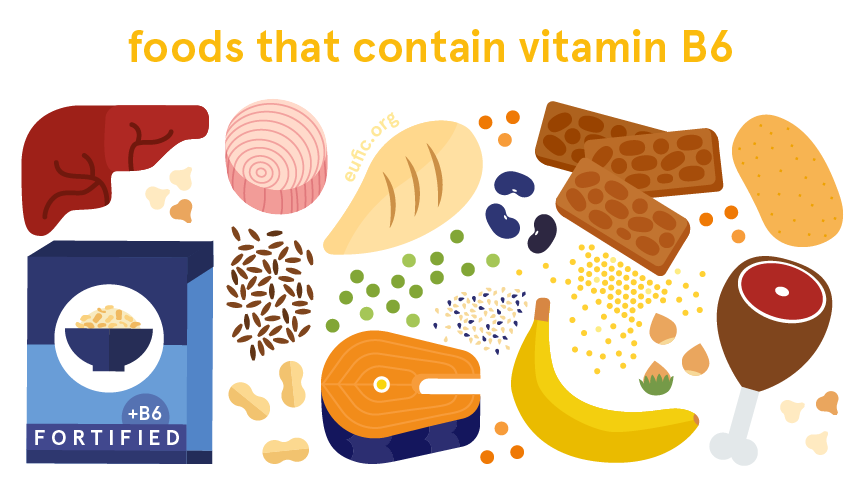 Does vitamin B6 interact with other nutrients?

Vitamin B6 is converted to its active (functional) forms in our bodies with the help of riboflavin, niacin and zinc. Having good amounts of these micronutrients in our diets, particularly riboflavin, is important to ensure that our bodies can use vitamin B6 in their functions.

What happens if I have too little vitamin B6?

In the long-term, it often leads to microcytic anaemia, a disorder that causes our bodies to produce very small red blood cells that are unable to properly deliver oxygen to our bodies. It can also impair the normal function of our brain, causing confusion, depression, or more severe consequences. Children with a lack of this vitamin grow and develop slower, can become irritable or develop microcytic anaemia and seizures.

What happens if I have too much vitamin B6?

It is highly unlikely to get harmful amounts of vitamin B6 through foods alone. However, taking high doses of vitamin B6 supplements for long periods (over six months) can have some negative health effects.

Symptoms of toxicity can include muscle weakness, damage to the nerves in feet and hands, and loss of control of body movements and coordination.

Healthy adults, including during pregnancy and lactation, should make sure not to take more than 25 mg of vitamin B6 per day, which is over 15 times the recommended amount.

Before taking vitamin B6 supplements, check with your doctor or a registered dietitian/nutritionist or consult your national dietary guidelines.

When should I pay extra attention to my vitamin B6 intake?

Vitamin B6 deficiency is not a risk for the general population since most people can get the recommended amounts of this vitamin from a varied and balanced diet.