Riboflavin (vitamin B2): foods, functions, how much do you need & more

What is a fluorescent, water-soluble and neon yellow vitamin? – Riboflavin! If you read this very energetically, you already know that riboflavin is responsible for energy production!

Riboflavin, also referred to as vitamin B2, is a water-soluble vitamin that belongs to the B-vitamins family. We can find riboflavin in a variety of foods, however, this vitamin is more commonly found in animal-based products.

What are the functions of riboflavin?

Riboflavin is involved in many bodily processes. This vitamin is important to help our cells grow and function and to help our bodies convert nutrients into energy. 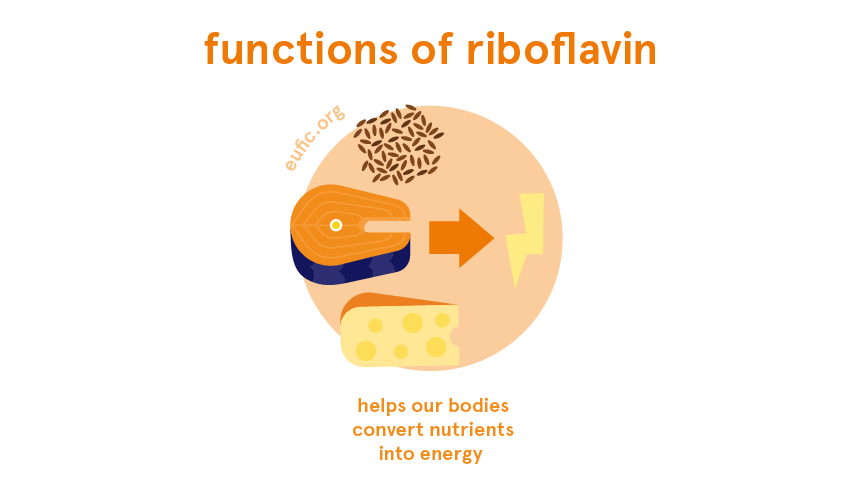 How much riboflavin do I need per day?

How much riboflavin you need per day changes according to your age, sex and life-stage.

We can get enough riboflavin from our diets by eating a variety of foods. Following your country's dietary guidelines on a healthy and balanced diet will help you meet your needs for riboflavin. 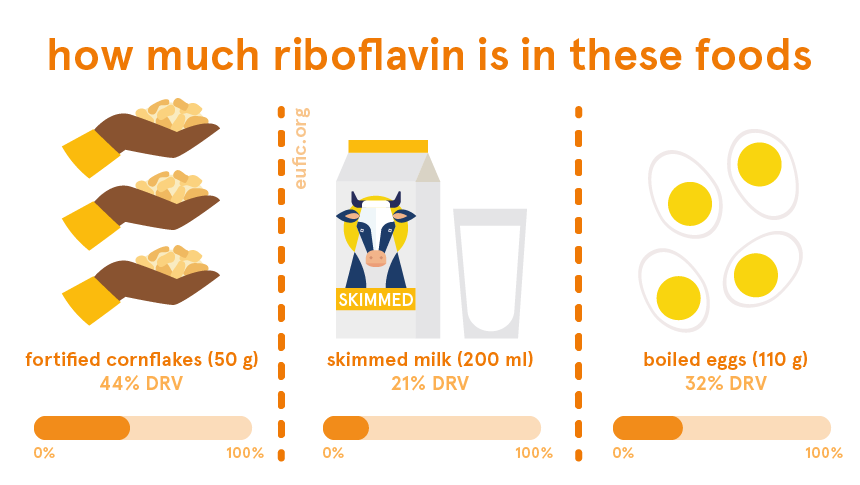 * These values are based on the population reference intakes (PRI) estimates from the European Food Safety Authority (EFSA). They should not be interpreted as nutrient goals. To know more about dietary reference values (DRV) in Europe click here.

We can find riboflavin in a variety of foods, but some of the richest sources include:

Riboflavin can also be found in smaller amounts in green vegetables. 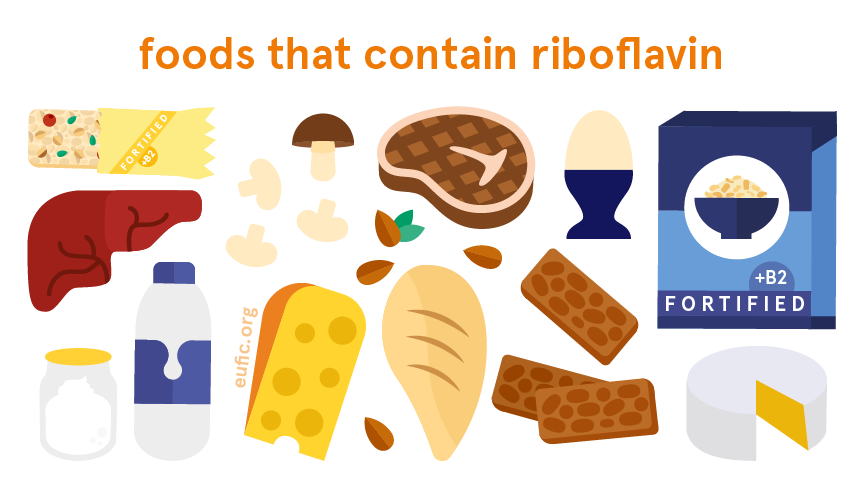 Does riboflavin interact with other nutrients?

Riboflavin, alongside niacin and zinc, helps our bodies convert vitamin B6 to its active (functional) forms in our bodies. Having good amounts of these micronutrients in our diets, particularly riboflavin, is important to ensure that our bodies can use vitamin B6 in its functions.

What happens if I have too little riboflavin?

Riboflavin deficiency is rare in developed countries since most people get the recommended amounts for this vitamin from a varied diet. When it does happen, it often comes alongside other nutrient deficiencies, caused by malnutrition or specific health conditions that prevent our bodies from absorbing nutrients from foods. Because of this, it’s hard to link a deficiency in riboflavin with specific health effects.

Nevertheless, a lack of riboflavin can cause skin inflammation, a sore throat, sores at the corners of the mouth, swollen and cracked lips and anaemia. However, these can also be signs of problems other than a riboflavin deficiency.

What happens if I have too much riboflavin?

It’s highly unlikely to get harmful amounts of riboflavin through foods alone. Even if we exceed our daily needs, our bodies remove the riboflavin surplus through urine.

Before taking riboflavin supplements,check with your doctor or a registered dietitian/nutritionist or consult your national dietary guidelines.

When should I pay extra attention to my riboflavin intake?

Most people get the recommended amounts of riboflavin through their diets.

Nevertheless, vegans and vegetarians, particularly if pregnant or lactating, need to pay extra attention to their intake of riboflavin, since we get large amounts of this vitamin from meat and other animal products (such as eggs, milk and dairy). If that’s the case, pay attention to food labels and look for foods fortified with riboflavin, such as breakfast cereals, bread and others.