Thiamin (vitamin B1): foods, functions, how much do you need & more

Thiamin is a member of the B-vitamins family which helps the proper functioning of the nervous system. If you don’t get enough of this vitamin, it might actually get on your nerves!

Thiamin, also referred to as vitamin B1, is a water-soluble vitamin that belongs to the B-vitamins family.

What are the functions of thiamin?

Thiamin is involved in many bodily processes and it’s important to help our cells grow and function. Our bodies also use thiamin to convert nutrients into energy and to keep the healthy function of our brain and nervous system. 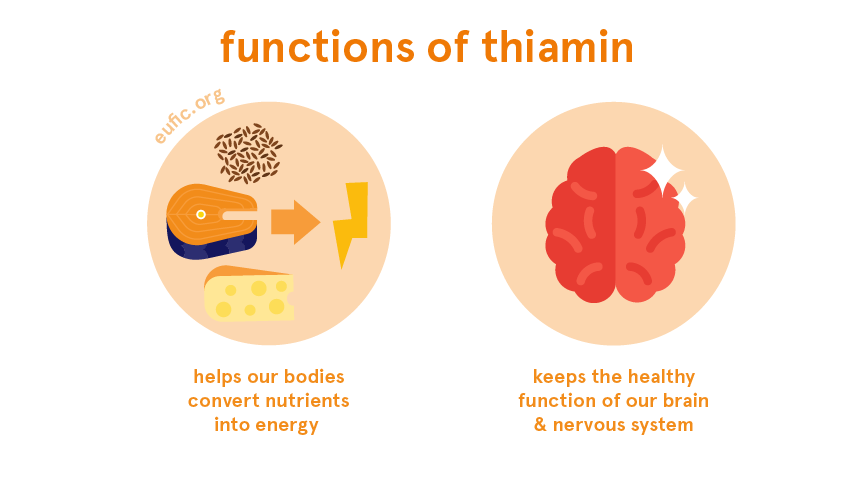 How much thiamin do I need per day?

Because of its role in energy production, the recommendations for thiamin are dependent on our energy needs (calories) and level of physical activity. For example, the more energy we need and consume, the more thiamin we’ll need as well.

Healthy adults, with an average diet of 2000 kcal, should aim for 1 mg of thiamin per day.

The amount of thiamin recommended during pregnancy and lactation varies depending on the pregnancy’s phase and the energy needs of the person.

We can get the recommended amounts of thiamin by eating a variety of foods. 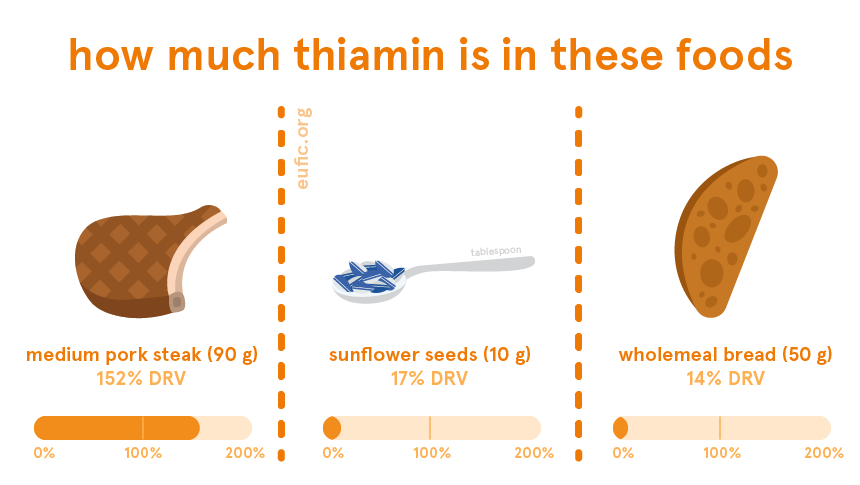 * These values are based on the population reference intakes (PRI) estimates from the European Food Safety Authority (EFSA). They should not be interpreted as nutrient goals. To know more about DRVs in Europe click here.

We can find thiamin in almost every food, but some of its richest sources include:

Thiamin is lost during the refinement of cereals, therefore we find more of this vitamin in wholegrains or fortified foods. 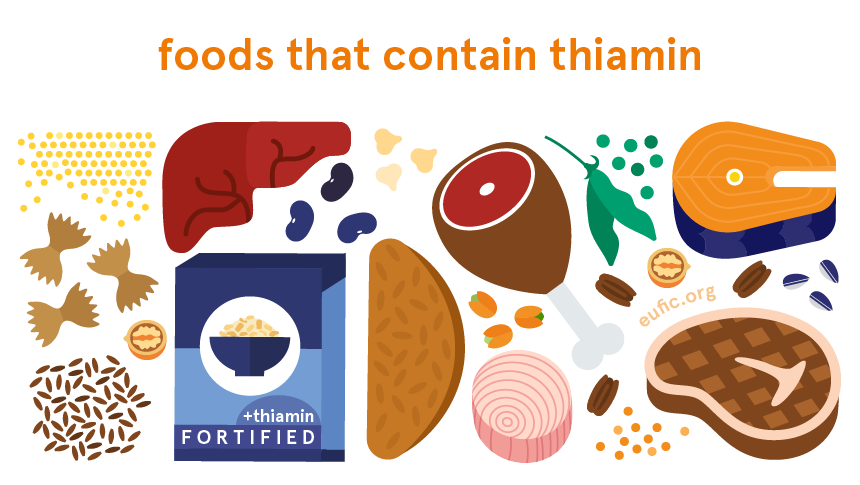 Does thiamin interact with other nutrients?

There are compounds in foods that damage thiamine or prevent our bodies from absorbing it. For example, sulfites, added to foods as preservatives and other compounds naturally found in some raw and fermented fish, damage thiamin in foods. Moreover, compounds present in some plants and plant-based beverages such as wine, coffee and tea prevent our bodies from absorbing this vitamin from foods.

What happens if I have too little thiamin?

Thiamin deficiency is rare in developed countries, since most people get the recommended amounts of this vitamin from the diet.

It mainly happens in populations whose diets are based on foods poor in this vitamin (such as polished rice, wheat white flour and other refined cereals) or rich in foods with compounds that reduce the absorption of thiamin (such as some raw and ferment fish and insects). In Western societies, thiamin deficiency affects mainly people with chronic alcohol or drug abuse or people with health conditions that impair the absorption of nutrients in the gut.

A lack of thiamin leads to a disorder called beriberi, which impairs the normal functioning of our heart, brain, and nervous system.

What happens if I have too much thiamin?

It is highly unlikely to get harmful amounts of thiamin through foods alone. Even if we exceed our daily needs, our bodies remove the thiamin surplus through urine.

Before taking thiamin supplements, check with your doctor or a registered dietitian/nutritionist or consult your national dietary guidelines.

When should I pay extra attention to my thiamin intake?

Thiamin deficiency is not a risk for the general population since most people can get the recommended amounts for this vitamin from a varied and balanced diet.