Fluoride: foods, functions, how much do you need & more

Fluoride is a mineral that we often link to toothpaste and dental health. Yet, fluoride is even found in drinking water. So, what makes it so important?

Fluoride is one of the trace minerals which our bodies only need in small amounts to keep healthy. We can find it in some foods and drinking water, as well as in many of our oral hygiene products, such as toothpaste and mouthwash.

What are the functions of fluoride?

One of the main functions of fluoride is to keep the health of our bones and teeth.

Fluoride plays a key role in forming our teeth, by helping to strengthen our tooth enamel during their growth and development. It also protects them from dental caries (tooth decay), by acting in the saliva and creating a layer over our teeth to lower the damage caused by acids from foods or those produced by oral bacteria.

Fluoride also helps to improve the density and hardness of bones, making them more stable. 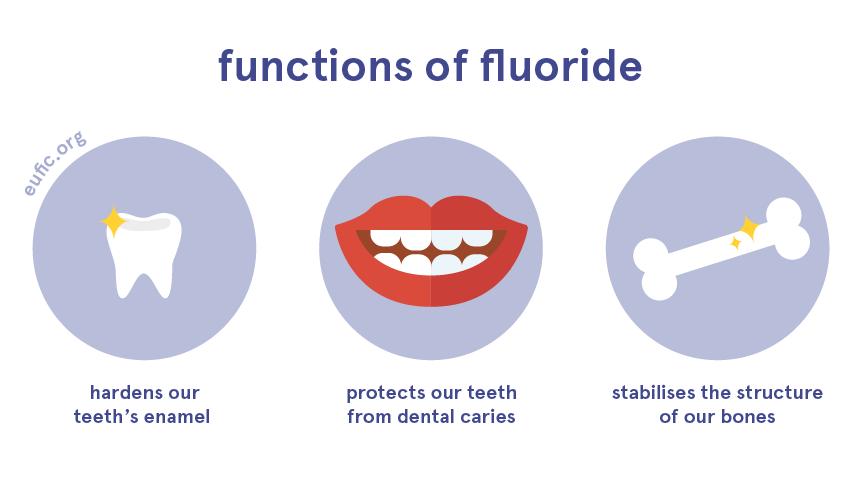 How much fluoride do I need per day?

How much fluoride you need per day changes according to your age, sex and life-stage.

The dietary reference value (DRV)* for healthy adults (over the age of 18), including during pregnancy and lactation, is between 2.9-3.4 mg of fluoride per day.

We can get the enough fluoride from our diets by eating a variety of foods, but also by using dental hygiene products that contain this mineral such as toothpaste or mouthwash. Following your country's dietary guidelines on a healthy and balanced diet will help you meet your needs for fluoride.

* These values are based on the adequate intake (AI) estimates from the European Food Safety Authority (EFSA). They should not be interpreted as nutrient goals. To know more about DRVs in Europe click here.

Some foods rich in fluoride include:

Does fluoride interact with other nutrients?

No nutrients or compounds seem to impair the absorption or the levels of fluoride in our bodies, in ways that affect our health.

What happens if I have too little fluoride?

What happens if I have too much fluoride?

Fluoride from foods is not considered harmful since it’s very unlikely that we get too much of it from foods alone. The use of dental care products with fluoride is also considered safe since they can only provide risky amounts of fluoride if used inappropriately.

Nevertheless, adults are advised not to have more than 7 mg of fluoride a day, which is about twice the DRV for this mineral.

In children, high amounts of fluoride can cause a disease called dental fluorosis which causes brown stains in teeth and in more severe cases, the crumbling of teeth. In older children and adults, high levels of fluoride over the years can weaken the bones and lead to bone fractures, as well as joint pain and stiffness. However, high levels of fluoride in the diet are mainly linked with living in regions where the drinking water is high in fluoride, which is not common in Europe.

When should I pay extra attention to my fluoride intake?

Fluoride deficiency is not a risk for the general population since most people can get the recommended amounts of fluoride through their diet and the use of oral hygiene products.