Selenium: foods, functions, how much do you need & more

Selenium may be less known, but truth is that without this mineral, many essential bodily functions would be compromised.

Selenium is one of the trace minerals, which our bodies only need in tiny amounts to keep healthy. We can find selenium in many animal- and plant-based foods.

What are the functions of selenium?

Our bodies use selenium to produce 25 proteins (selenoproteins) that play critical roles in protecting our cells against damage, supporting our immune system and keeping the healthy function of our thyroid. Selenium is also important in reproduction and supports the normal function of our muscles and heart. 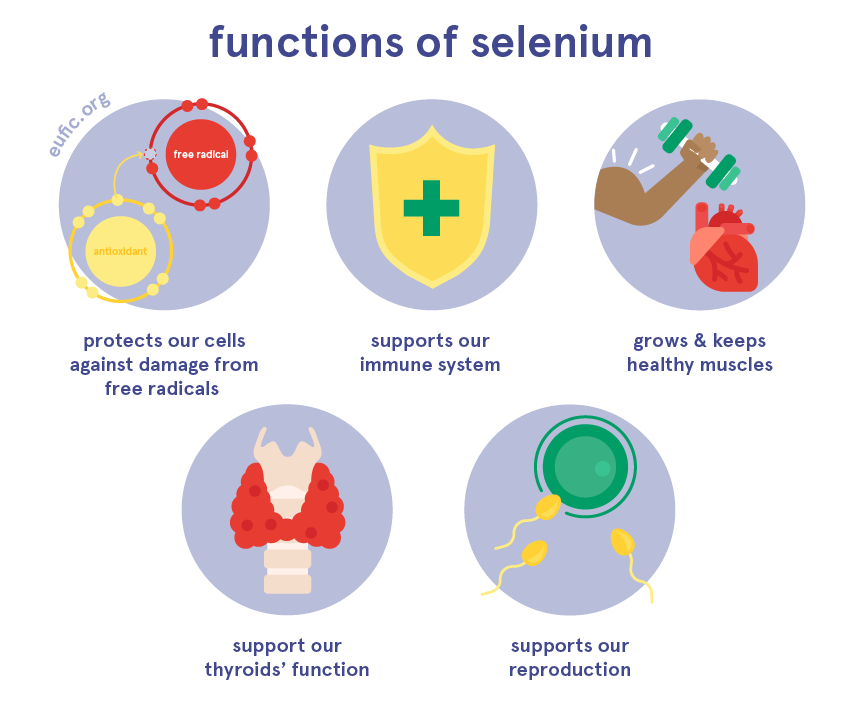 How much selenium do I need per day?

How much selenium you need per day changes according to your age, sex and life-stage.

We can get enough selenium from our diets by eating a variety of foods. Following your country's dietary guidelines on a healthy and balanced diet will help you meet your needs for selenium. 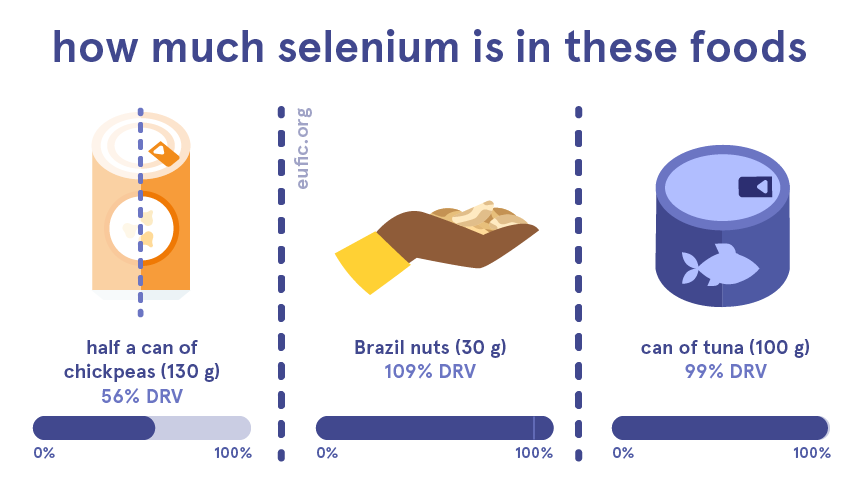 * These values are based on the adequate intake (AI) estimates from the European Food Safety Authority (EFSA).They should not be interpreted as nutrient goals. To know more about DRVs in Europe click here.

We can find selenium in a variety of plant- and animal-based products.

The amount of selenium in animal products varies depending on the selenium content of the foods in the animal’s diet. Overall, good animal sources of selenium include:

The amount of selenium in plants varies depending on the selenium content of the soil where they were grown as well as the plant’s natural ability to take up and accumulate this mineral. Usually, selenium-rich plants, also known as “selenium accumulators”, include:

We can also find smaller amounts of selenium in some cereals such as wheat, oats, rye, and barley. 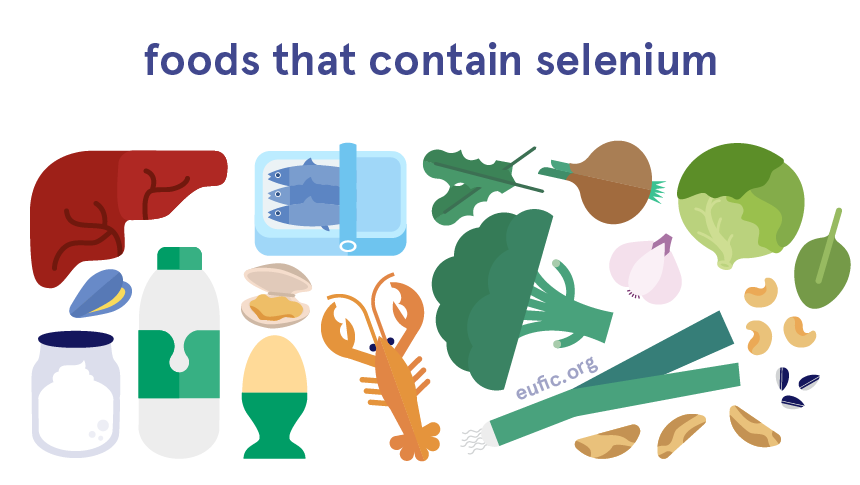 Does selenium interact with other nutrients?

Selenium and iodine are important for healthy thyroid function. A deficiency in selenium usually worsens the effects of an iodine deficiency, impairing the production of the thyroid hormones.

What happens if I have too little selenium?

Selenium deficiency is not common, since most people can get the recommended amounts for this mineral by eating a varied and balanced diet.

Selenium deficiency impairs the production of selenoproteins, which in turn affects all the processes in which these proteins are involved. For example, selenium deficiency can impair our immune function and in severe cases, causes the weakening of our skeletal and heart muscles.

Severe cases of selenium deficiency can also lead to two serious diseases, known as the Keshan and Kashin-Beck diseases. However, this scenario is less likely in developed countries.

What happens if I have too much selenium?

Selenium from foods is not considered harmful since it’s very unlikely that we get too much of it from foods alone. However, some specific foods contain high amounts of selenium. For example, just a handful of Brazil nuts can provide the recommended amount of selenium for adults.

Toxic levels of selenium may result in unusually large intakes of selenium – as high as 1000 μg per day – which over time cause serious health problems. Nevertheless, healthy adults are advised not to have more than 300 µg of selenium per day, which is about four times the DRV.

Before taking selenium supplements, check with your doctor or a registered dietitian/nutritionist or consult your national dietary guidelines.

When should I pay extra attention to my selenium intake?

Selenium deficiency is not a risk for the general population since most people can get the recommended amounts of selenium from a varied and balanced diet.